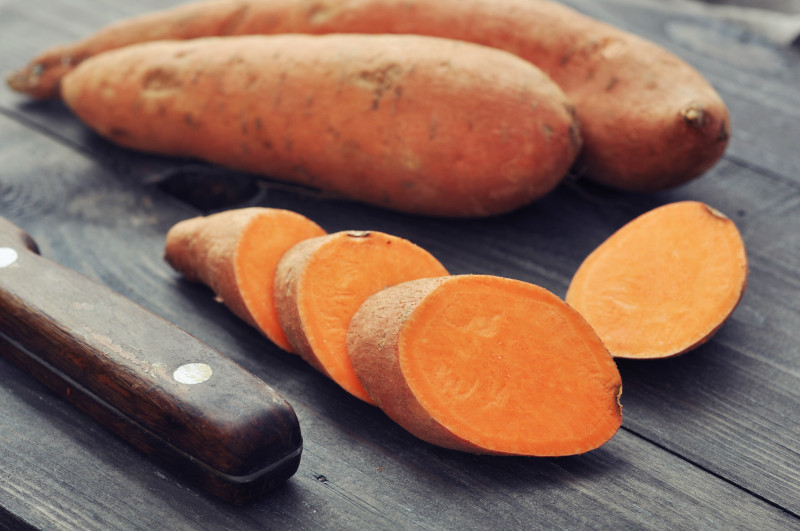 Sweet potatoes are the queen of the low-carb kitchen: they’re allowed on most low-carb diets including the paleo diet, are great fuel before or after a workout, have more vitamins and minerals than your standard white potato, and are tastier, too! If you aren’t used to cooking with sweet potatoes, here are some of the different ways that you can cook them:

Make your own hummus by using sweet potatoes as a base. You can also buy sweet potato chips to dip into regular hummus instead of using pita chips.

For a healthier version of french fries, use sweet potatoes. Cut them into strips, toss with olive oil and seasonings, then roast them in the oven. You can also make sweet potato fries in the deep fryer or by pan frying them on the stove.

Boil sweet potatoes whole or cut them into cubes for even faster cooking (although they’ll be more watery). Once they’re cooked, drain and toss with butter and fresh herbs such as rosemary.

Slice sweet potatoes into half inch circles, add them into a casserole dish, add butter, maple syrup or brown sugar, and let them cook. When they’re almost done, add marshmallows on top and cook until the marshmallows are melted and a bit browned. Other versions of this dish call to cook and/or mash the sweet potatoes before putting them in the oven.

Use sweet potatoes a base for gluten-free gnocchi and pasta. Mashed sweet potato also makes a great filling for ravioli.

As a Substitute for Regular Potatoes

Sweet potatoes can be used to make gluten-free pancakes, a gluten-free paleo pizza crust, in cookies or puddings, and even as a base for peanut butter and jelly “sandwiches”.

Sweet Potatoes are the perfect base for a creamy soup made with cream or coconut milk. You can make a savory soup with rosemary (and bacon) or make a sweeter version with cinnamon, nutmeg, and other fall spices.