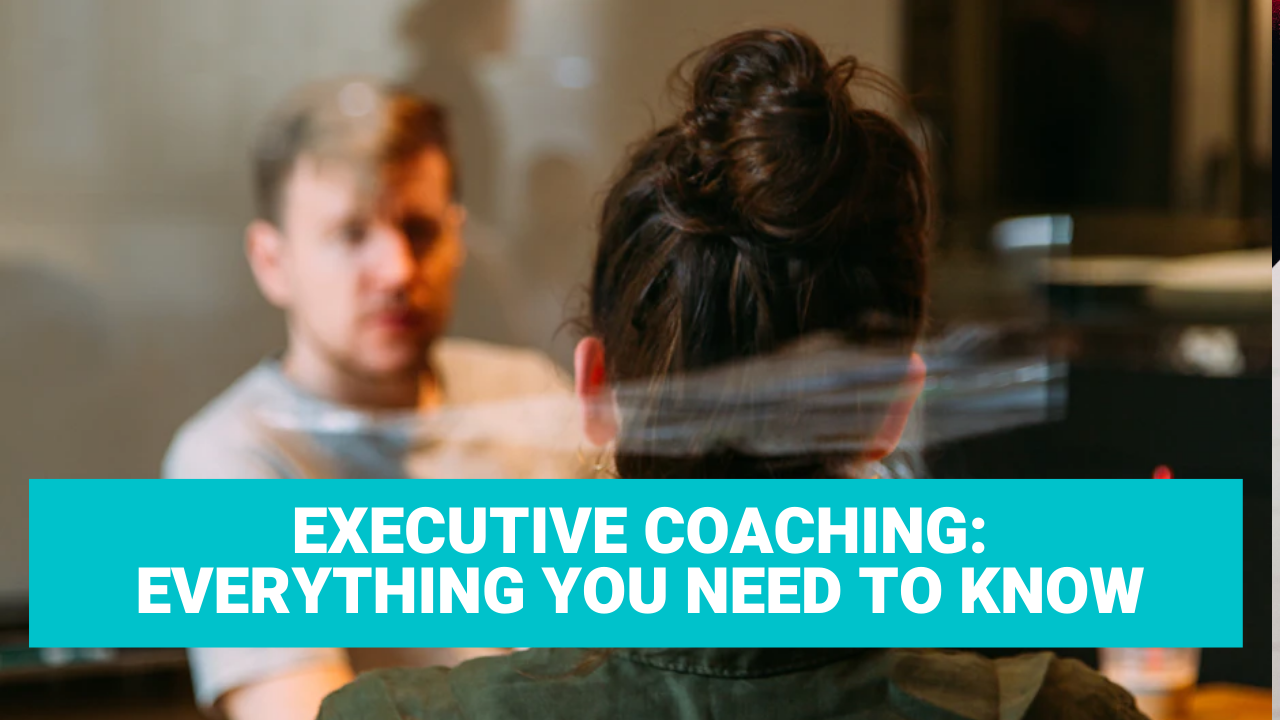 It could mean you’re a senior leader who reports to the CEO.

Or perhaps you didn’t start the company, but you find yourself running it.

Partners in firms, such as lawyers and architects, also use executive coaches.

However, if you’re not the CEO, a partner in the company, or reporting to the CEO, you’re probably looking for a different type of coach — one who’s more skills-focused.

For example, new managers, or even experienced director-level managers, still use business coaches.

But that’s a little different from what I’m talking about here.

How Often Do You Meet With an Executive Coach?

You meet an executive coach somewhere between weekly and monthly.

The most common cadence is every two weeks.

At every meeting you can expect two things:

The session-to-session tactical value is what keeps you in the relationship.

The epiphanies are where the magic happens.

What is the ROI of Executive Coaching?

If you’re wondering about ROI, one grim but easy calculation is to realize that you probably drag your feet on firing decisions.

If having someone to talk to helps you make that decision faster, even by just a month, that could save more money than you’ll pay for an entire year of coaching.

All executives have been in that spot, so the example resonates, but it’s only the most trivial value you might get out of executive coaching.

You’ll make all your decisions easier and with more confidence.

I won’t say that the decisions will always necessarily be better; a coach is not an advisor.

They can give you the framework to look at a problem differently, but the buck still stops with you.

That said, your decisions will probably be miles better.

The ROI is a percentage of the money the company would make if you make better decisions, faster.

When Will You Start to Get Value from an Executive Coach?

A lot of potential clients ask me how long they need to wait until they start to see value from the coaching.

Usually, they expect it to take a few months to start seeing significant changes.

Any coach worth their salt knows how to lead you to a big decision or epiphany in the first meeting.

It’s not that hard to do this because everyone with responsibility — i.e., you — is struggling with a lot of grey-area decisions, as well as their own unexamined blind spots.

Should the Executive Coach Be Similar to Me?

I want to call out one dynamic for choosing an executive coach.

Some people really prefer a coach who is similar to them.

It makes it easier to use the coach as a sounding board and easier to feel as though they ‘get’ you.

Others prefer a coach who is as different from them as possible.

Coaches know how to connect with you as part of their profession, so having significant differences is usually entirely positive.

The differences mean they can be a source of alternative ideas — the kinds you just can’t see for yourself.

This is just something to monitor when you meet a coach — you may have a strong preference one way or the other.

What’s the Difference Between Coaching and Advising?

98% of the time, coaching is not advising.

Coaches are trained to help you think better and make better decisions.

Plus, a coach is trained to help you see your own blind spots — with the key phrase being “you see.”

That’s because the impulse is so strong for the client to ask for advice and the coach to give an answer.

It’s an immediate stress reliever for the client to delegate a decision to the coach, and it’s an ego boost for the coach.

The problem is that advice is context-dependent, and you’re actually the only expert on your own context.

Even more importantly, any advice is worthless unless you follow it.

The coach’s job isn’t to give you the right answer.

It’s to lead you to your personal version of the right answer and, especially, an answer that you’re committed to following through.

However, almost all executive coaches either start out with (because they’re former operators) or end up with a wealth of practical knowledge.

That knowledge will come out implicitly in the questions they ask you and their own pattern matching.

But occasionally, you can just ask, “If you were me, how would you do this?”

How Is Executive Coaching Different From Leadership, Sales, or Public Speaking Coaching?

For instance, if you wanted a sales coach, or a productivity coach, or a public speaking coach — that’s completely different.

The executive coaching I’m describing you may use for years.

Transactional coaching is more short-term — you hire them, learn some skill or make a behavioral change, and then move on.

But most CEOs want to start with a long-term executive coach.

How Much Should an Executive Coach Cost?

Executive coaches can charge decent rates because the business ROI is so high.

Coaches who specialize in the corporate world tend to charge more: $1200 and up.

Coaches shouldn’t charge more than these rates unless they bring significant IP, i.e., they’ve at least published a book.

For example, there’s an elite world of executive coaches who charge $10,000 per session or more.

They’re easily recognizable as being at the absolute peak of their profession.

And, also, they’re only working with people who can easily afford this amount.

Many coaches will adjust their rates to fit a client’s budget, so you should feel free to ask.

But the ranges quoted above are fair and normal.

How Should You Find and Evaluate an Executive Coach?

The last part is the hard part.

What makes a trustworthy coach, and how do you find one?

You could look in our directory–testimonials are a good way to understand a coach’s strengths and focus. But also ask your peers. A lot of the best coaches work almost entirely through word of mouth and might not even have a website.

Should someone offer to make a referral, you only need to ask them one question, “How do I get the most value out of working with this coach?”

If the answer makes sense to you, then that’s a good coach.

Most coaches will give you a complimentary first session.

But even if they charge you for the first session, you should treat it as an opportunity to evaluate the fit before signing up for a more long term commitment.

There are only three things that I’d turn down a coach for at the first meeting:

If at the end of the meeting you feel you’ve gotten value — then congratulations, you’ve found your coach.