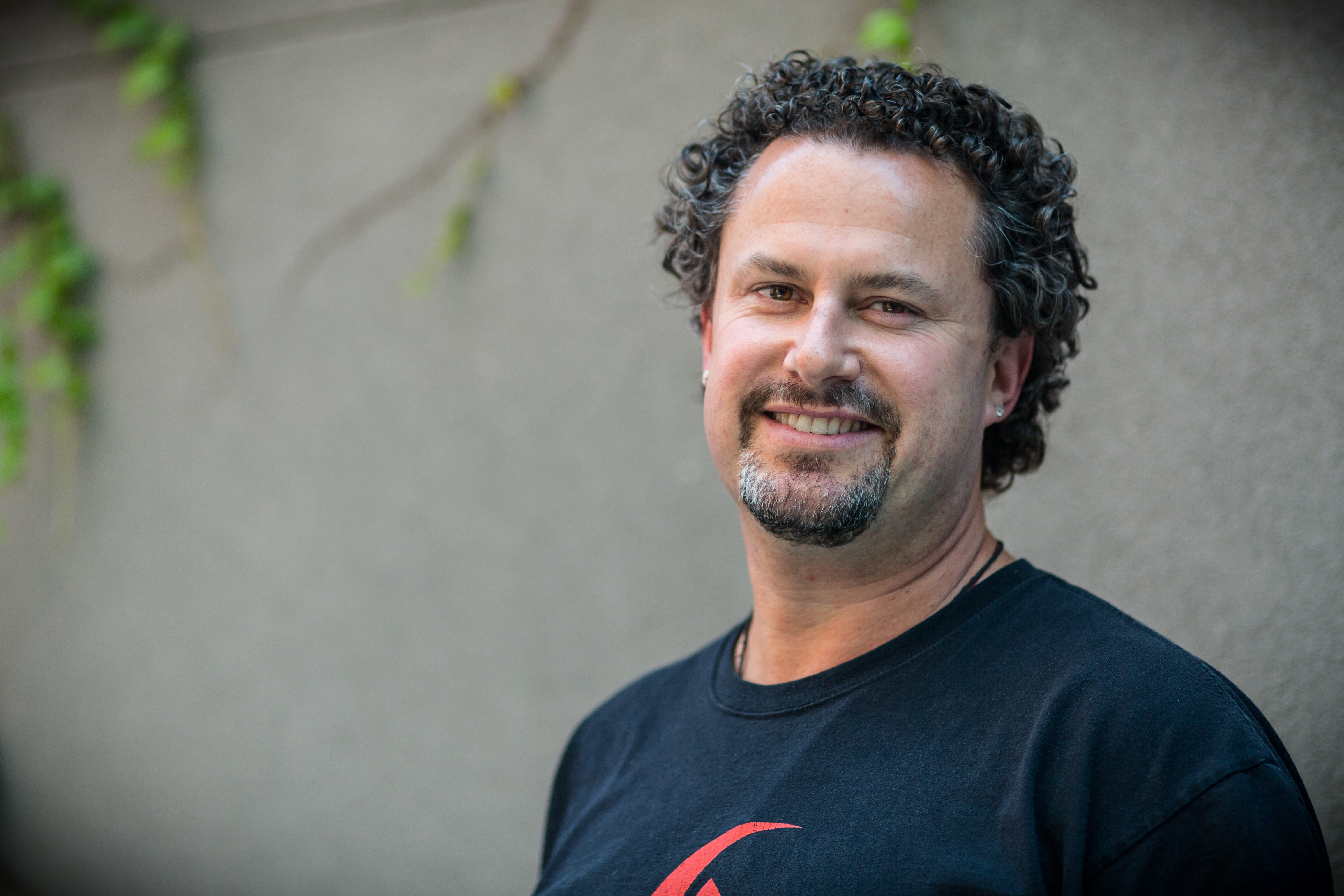 “My interest in meditation was initially perked by the Beatles…I had this book that had some pictures of the Beatles meditating with the Maharishi in the mountains of Rishikesh, India. Somehow I put together that here you had four of the world’s most famous, rich, and creative people and yet, these guys seemed to put meditation higher up on their mantle.” ~ Scott Unterberg

Scott Unterberg is a longtime meditator and founder of Adobe’s first meditation club. Since its start in 2008, the club has grown into Project Breathe, a meditation program that runs in Adobe offices around the globe. Scott told us about his own meditation journey, daily practice, and the benefits that he and his coworkers have received from their meditation practice.

My interest in meditation was initially perked by the Beatles. I was probably 10 years old or so at the time and I was totally obsessed with them. Growing up in suburban Illinois in the 70’s and 80’s, there wasn’t a lot of access to meditation or yoga or whatever. But, I had this book that had some pictures of the Beatles meditating with the Maharishi in the mountains of Rishikesh, India. Somehow I put together that here you had four of the world’s most famous, rich, and creative people and yet, these guys seemed to put meditation higher up on their mantle. It made me come to the conclusion that meditation practice is more valuable than money, power, or fame. So, initially, I think my goal was just to learn what this meditation thing was all about and learn how to do it.

It’s funny because decades later, I sent George Harrison a letter thanking him for helping me kick off my meditation practice. Along with my letter, I threw in some postcards of some yogis I had just gotten after returning from doing retreat in some of the caves of Naropa and Milarepa in Nepal. To my amazement, George sent me back this yogi card on why one meditates and this great OM pin. It was really special to see it come full circle.

When you say meditation routine, I’m assuming you mean a formal meditation practice routine like sitting on a cushion for 30 minutes, etc., yes? I think it’s an important point to distinguish since many folks think meditation is just staring at your belly-button or repeating mantras or whatever. But really, one can mediate while doing any activity, in any location, at any time.

The way I was trained, it is important to have both a meditation routine, as well as a post-meditation routine. But you can meditate during both of them! For years, my formal meditation routine would be to do a 30-60 minute session in the morning and evening, and then supplement that with longer retreats and extra study and so on. These days, due to my family and work schedule, I am lucky to get 15 minutes early in the morning, 15 minutes while at work with our Project Breathe program at Adobe, and then do additional practice late at night once my kids are down. Ideally, my routine is to try to be aware of what my mind is doing throughout the day. Realistically though, it’s to try to remember to just sit down and relax!

Can you tell me a story about how meditation improved your performance?

Actually, I don’t think meditation can really “improve” anyone. What I think it can do is allow an individual a bit more space to help calm their body and mind down and focus a bit more. You then can get back to being yourself again. You know, not to be all worked up and just be reacting to things in a knee-jerk way or be a slave to one’s emotions and such. Does that make sense?

I do find that when I am calm, focused and mindful of what my mind is up to, more people tend to want to work with me, discuss important issues, ask for advice, etc. If I’m all stirred up and distracted, it’s obvious how my performance is affected and how I impact my coworkers around me. But, in terms of how meditation has improved me, I think my mother told me once that I have become a much nicer person because of my practice! Thanks mom!

Competition and meditation… these two things don’t go together in my mind. I’m sure that meditation can give someone a competitive edge, but if that is their motivation for their practice, then it’s quite limited and thus limits what the effect of the practice will be on the individual. If one’s motivation is vast and is to benefit both oneself and all other beings, then I think the effect will be much more dramatic. It’s an interesting subject and will be a hot topic of debate going forward as mindfulness and meditation practice becomes a more regular part of people’s working lives.

Can you tell me more about the meditation club you founded at Adobe?

I started the Adobe Meditation Group in early 2008. Initially, it was put together because a few folks requested I teach them meditation. We would meet once a week for about 20 minutes or so and over the years, this San Francisco group grew to about 70 people! I set-up a reoccurring meeting to encourage attendance, this way, people would pop in and sit when their schedule allowed. From there I decided to create Project Breathe, which is a once-a-day sitting group that has been rolled out to Adobe US offices. We are also starting to roll out these groups in our international offices like Canada, Switzerland, India, etc.

What does a typical meditation session at Adobe look like?

Project Breathe was set up to encourage employees to meditate for 15 minutes each day at work in order to decrease stress and increase concentration, creativity, productivity, and one’s overall happiness. To date, we’ve had a few hundred folks sign up and it continues to evolve and grow. It feels like we have representatives from nearly every part of the company participating–from executives to Product Managers to Marketing and IT folks to Computer Scientists. Employees typically meet from 3-3:30PM every day in a room that’s been converted into a full-time meditation room (depending on which office they’re at). Employees are welcome to enjoy the room whenever they have time during the day, but the main group meets to do 15 minutes of structured sitting in the afternoon. We start with five minutes of meditation, followed by a quick stretch, and then 10 more minutes of meditation. This system of short, frequent sessions focuses on “good” meditation, as it’s all too easy for beginners to just space out if you just set the timer longer. Meditators are encouraged to sit comfortably and to just follow their breath.

For people who are interested in going a bit deeper, we’ve started a few 3-month “advanced” class series as well, where employees can learn about other meditation practices like visualization, walking meditation, taking and sending practice, etc. This week, we have our first Project Breathe offsite where we’ll visit a local meditation center to learn about a new tradition of sitting.

Can you share a story about how joining the club made a difference in someone’s work life?

It’s funny, when you asked about how meditation improved my productivity and creativity earlier, the first thing I thought of were some of the results and stories from the initial Adobe Project Breathe test group that we had. When I tried to help get meditation at Adobe to go from being a once a week group to a daily sitting program, I knew that I would need some stats to back-up the claims that employees would be less stressed, more productive, more creative, and so on. So, to help get that data, we had a group of 100+ employees across multiple office locations who volunteered for four weeks of daily sitting. This group did everything from daily self-reporting surveys to having a nursing staff do weekly resting heart rate and blood pressure tests on them.

The most impressive results, in my mind, were the health tests that showed blood pressure and resting heart rate improvements across the group. One individual said that their blood pressure dropped into the normal range for the first time in years. There are dozens of stories from folks on how it’s made a difference for them at work. I think the tell-tale sign is that employees continue to come sit and more people continue to sign-up for the program each week. Eventually, I think having meditation breaks at work will become a normal part of working life. Taking time to just stop and breathe… it shouldn’t be that hard, right? 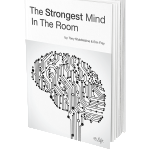